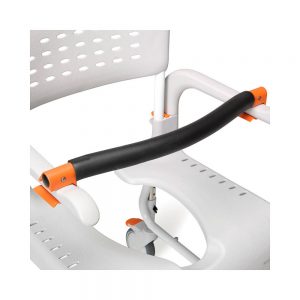 The Etac commode crossbar is a removable device that is attached to the Etac commode chair to secure the user. It can be attached and detached easily from the chair arms. They are made of aluminium core material that is strong and light. The lightness feature allows for the weak hands to fix the bar without exerting a lot of pressure.