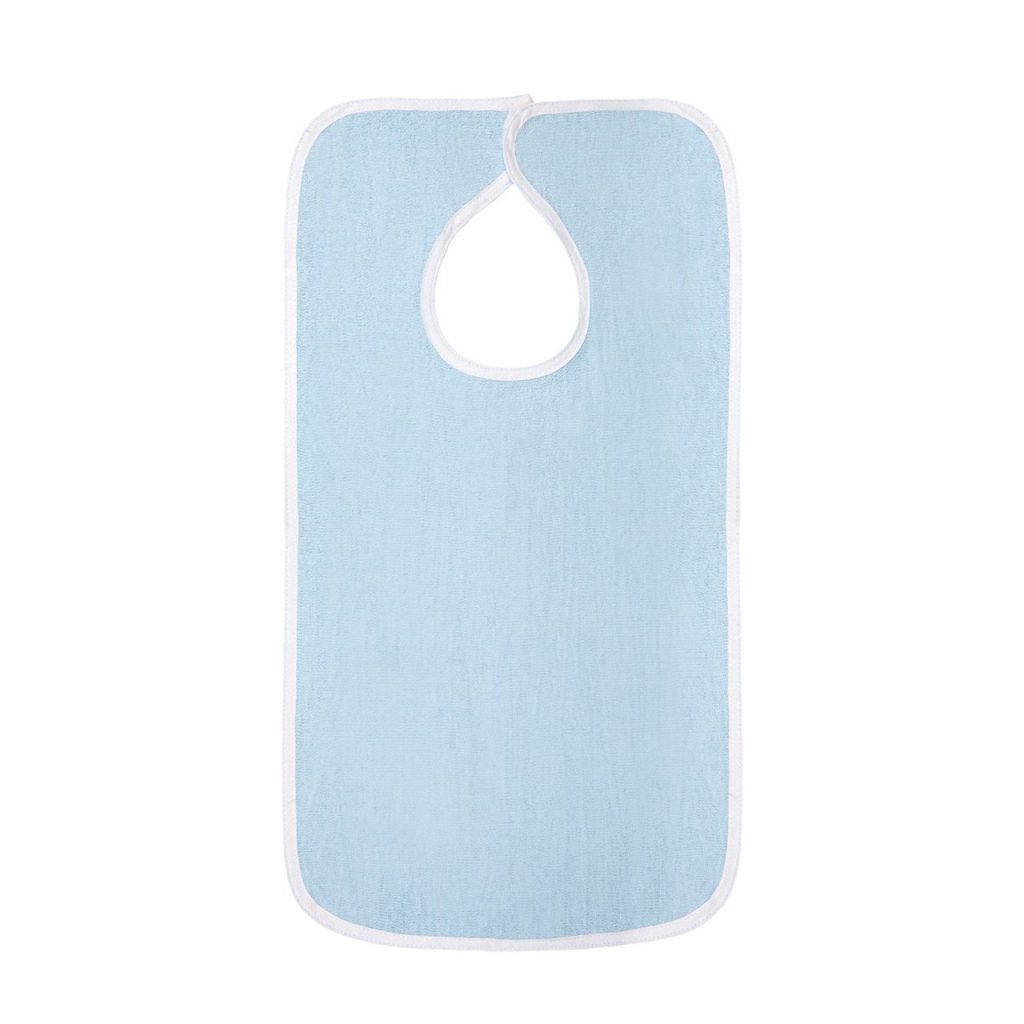 Terry bibs are clothing protectors that prevent mess that come from spills. They are 100% cotton, which is absorbent in nature. Adult terry bibs cover a wide large area that makes them perfect for spill protection. If you do not want to worry anymore about staining clothes or ruining your pants and shirts, a terry bib should be your companion.

The bibs have a soft fabric, which makes it stay soft to touch especially on sensitive skins after numerous washing machine trips. The material is also absorbent to catch most liquid and food before it becomes a stain that may turn out to be stubborn. Terry bibs cover a wide area, which makes them perfect for protection. Terry bibs are machine washable, which makes it easy care and clean up.

Terry bibs have Velcro fasteners, which makes them simple to take off as well as put on. It is a great feature because not everybody is as handy as they once were. They have a big secured strap that makes putting the bib on as well as taking it off not seem like a big ceremony. Adult terry bibs are approximately 18 x 30 inches. The size is big enough to fit the average person. Most bibs are one size fit product.